Hello, readers! I am thrilled to introduce author Talia Hibbert. Talia is a USA Today bestselling author who lives in a bedroom full of books. Supposedly, there is a world beyond that room, but she has yet to drum up enough interest to investigate.

I have reviewed Talia’s books Damaged Goods and That Kind of Guy. She expertly fuses humor and sensuality.  Her book A Girl Like her is book one of her popular Ravenswood series. Check out the blurb. 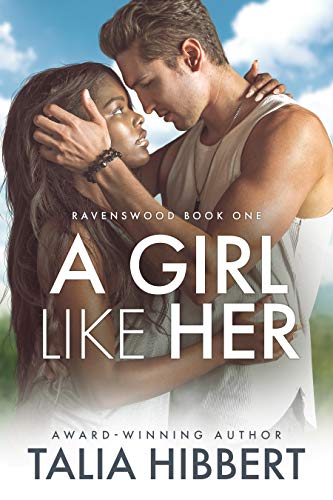 She’s the town pariah. He doesn’t give a damn.

In Ruth Kabbah’s world, comic books are king, silence is golden, and human contact is a pesky distraction. She doesn’t like people, which works out just fine, because the people in this small town don’t like her. The exception to that rule? Evan Miller, her way-too-charming next-door neighbor…

Ex-military man Evan is all tattooed muscle on the outside—and a big, cuddly teddy bear beneath. He’s used to coaxing prickly people from their shells, but he’s never met a woman quite like Ruth. Blunt, sarcastic, and secretly sad, she’s his exact opposite. She’s also his deepest desire.

END_OF_DOCUMENT_TOKEN_TO_BE_REPLACED

So, it is clearly understandable why I was thrilled to have the chance to work with her on projects like the Black Muslim Authors event at New York University and the upcoming Black Muslim Reads anthology. I recently asked Umm Juwayriyah about writing and storytelling. END_OF_DOCUMENT_TOKEN_TO_BE_REPLACED

END_OF_DOCUMENT_TOKEN_TO_BE_REPLACED

I first started reading Talia Hibbert a year ago. As soon as I read her book Damaged Goods, book 1.5 in her Ravenswood series, I was hooked and had to backtrack to catch up on the series. I was quickly caught up in all of the steam and drama. Really, she has some serious don’t miss reading.

Talia writes smart and relatable characters who are wonderfully imperfect, which I love. I am looking forward to the release of That Kind of Guy [Ravenswood book three] tomorrow, May 2! Check out the blurb: 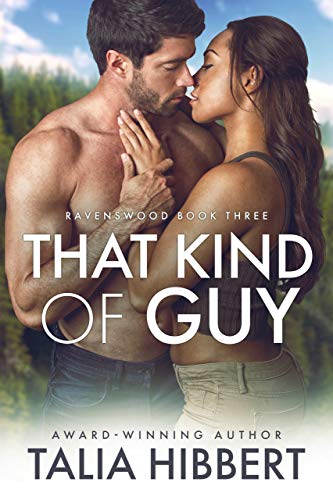 She wants a fake relationship. He needs something real.
END_OF_DOCUMENT_TOKEN_TO_BE_REPLACED My Way To You By Lyndell Williams @laylawriteslove #RLFblog #NewRelease #contemporaryromance 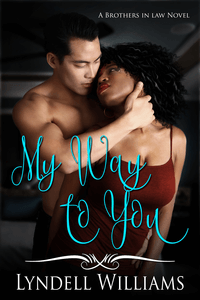 Lyndell Williams, welcome to Romance Lives Forever. I’m Kayelle Allen, author and owner of this blog. Happy to have you here!

I had a few reasons for writing My Way to You, the primary one being that I wanted to write a romance centering what I gleaned as the increasing lines of solidarity between Blacks and Asians in the country. I also wanted to highlight the growing Black Woman-Asian Man (BWAM) subculture, where members of two social groups deemed less desirable are learning to appreciate each other as love matches.
Black women and Asian men have to tackle with a contrived lack of appeal stemming from stereotypes masculinizing one and feminizing the other. My Way to You and other romances centering BWAM love interests pushes back against that and offers representation for couples in similar relationships as well as interracial couples in general.

END_OF_DOCUMENT_TOKEN_TO_BE_REPLACED

Christmas is coming, and there are holiday parties to attend or shopping to do. But if you want to get away from it all and curl up with a good book, I’ve got an author you’ll want to meet. I had a chance to interview Lyndell Williams. She is a cultural critic with a background in literary criticism specializing in romance. She is the managing editor of the NbA Muslims blog on Patheos and a cultural contributor for Radio Islam USA. Her novel, My Way To You, is an interracial romance that takes on controversial topics head-on. I had a chance to talk with her about her writing routine, what future subjects and projects she will tackle, and what writing romance means to her.

Do you have a writing routine? Share what works for you.

Lyndell Williams: I have two must-haves when I’m writing. I make myself a huge…

Tell us about yourself and how many books you have written.
I recently published my first novel, but I have numerous short stories published in a couple of collections.

What is the name of your latest book and what inspired it?
My latest novel is My Way to You. I wrote it to show some of the struggles interracial couples face when beginning a relationship and trying to keep it strong.

Do you have any unusual writing habits?
One writing habit people may find strange is that when I’m deep in my creative zone, I like to pull my hair into a big hug afro puff. Not one of those cool Angela Davis ones, a mess of coils and coconut oil. I feel like it allows creative energy to flow into my head. It is also a good signal to the husband and kids that mom is deep in her writing and disturbing her would be a hazardous venture. END_OF_DOCUMENT_TOKEN_TO_BE_REPLACED