Not all men are made for marriage. But I know how to make them believe differently.

My name’s Madison Hall and I’m the most popular marriage broker in New York. I always believed I was good at my job until the day I decided to find a wife for my son…

The descendant of an ancient Greek lineage, Oden Elias is god in everything. Except for relationships.
Women kiss the ground he walks on, dream about putting a wedding band on his finger, and then hate him for breaking their naïve hearts.

But Skylar Cooper is nowhere near a member of his fan club. In fact, her biggest wish is to see him burn in hell. Why? Because one small lie turned her into his hostage. And now, she has no choice but to play Oden’s loyal and obedient fiancée. Well, she still needs to learn how to be both, but Oden’s gonna do his best to teach her manners.

The morning Cole Griffin finds a beautiful stranger in his bedroom, his far-from-fun-and-anything-romantic life turns into disaster.
And so does Harlee’s.
Who would have thought that renting a house would end up with a non-stop fight with its owner?
Every new day will become a challenge to live through. But Cole and Harlee never give up easily. If they start a fire, they will burn down everything in their way to get what they both desire.
Which in this particular case, might also become the desire to burn the sheets together…

A love story that was never supposed to happen.
Two poles apart that will collide and make the air between them burn.
They have no idea how fast hate can become something different… 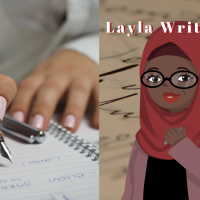