Matt was supposed to be just a hot hook-up. Then he turned on the charm and brought out the bondage gear.

Jason Hofstadter comes to the Four States Tournament for two reasons: to play Scrabble and to get laid. Every year he’s managed to score with one of the other guys attending. He figures that he’s hit the jackpot when he spots handsome, bookish Matt Sawyer, who’s competing for the first time.

Clusters of empty chairs lined the wall. Most people were standing, jostling for a position in the queue as the officials settled themselves behind the registration desk.

One armchair was occupied, however, by a loose-limbed man who appeared to be in his mid twenties. His tousled head bent over a sheaf of papers. Jason crept closer, not wanting to startle his prey. The young man was dressed in worn jeans and a short-sleeved plaid shirt that screamed WalMart. On his feet were dingy basketball sneakers. Under the clothes, though, it looked like the guy was well-built, lean and strong. Jason suspected he might be a farm kid, though he didn’t have much of a tan. Jason’s cock stirred. This one looked promising.

The seated man looked up, staring into space through his dark-rimmed eyeglasses. He seemed oblivious to Jason’s presence. Jason could see the youth’s lips moving. The boy was cramming, memorizing the two, three and four-letter words that were so important to tournament strategy.

“First championship?” Jason asked softly. The other man started like a frightened rabbit.

“What?” The guy struggled to focus on the man interrogating him. “Um―yeah. Is it that obvious?” A smile transformed his serious face. Full lips curved invitingly, revealing perfect teeth. Brown eyes twinkled behind those sexy schoolboy glasses.  A dimple appeared in each cheek.

Jason laughed. His tailored jeans suddenly became much tighter. “We all do it. The memorization. The alphagrams. But at the tournaments, we don’t admit it. We’d like to pretend that it’s all genius, no sweat or study involved.” He settled himself in the chair next to the black-haired novice then, confident that his companion would accept a fait accompli, asked, “Mind if I sit down?”  Spreading his thighs, he tried to relieve the pressure in his groin.

The other man’s eyes flicked in the direction of Jason’s swollen crotch. The movement was tiny, almost imperceptible, but Jason noticed. Yes!

The other man’s fingers were smooth, long, well-manicured. Not a farmer, then. “Matt. Matthew Sawyer. Pleased to meet you.”

“The pleasure is mine.” At least, I hope it will be, Jason added mentally.

“I gather you’ve competed here before?”

“This is my sixth time.” Jason couldn’t stop staring at Matt’s face. Something about those lively

“Wow! Congratulations.” Matt’s admiration seemed completely sincere. “Guess I’m not likely to be playing you, then.”

“Well, you never know. It depends on the other players. As well as your own skill, of course. What’s your rating?”

“I’ve never played an official tournament. We’ve got a little club at home―back in North Platte―but mostly I don’t have the money to shell out for tournaments.” Matt levered himself out of his chair and stuffed his crib sheet into his back pocket. “Maybe we should get in line. It looks like they’ve finally started the registration.”

Jason stood as well. He could see that he’d guessed correctly. The guy had a great body. Matt was close to Jason’s height but probably weighed more. He was more solid than Jason, but he moved well. His muscles were well-defined without being exaggerated. A fine sheen of moisture glistened on his bare arms.

Jason’s nostrils twitched as he caught a whiff of the other man’s clean sweat. He stole a glance at Matt’s groin, but the jeans were too loose to tell how the guy was hung.

With some luck, he thought, I’ll know soon.

He led Matt over to the desk. “Go ahead, get in front of me. Did you pre-register?”

Matt looked over his shoulder to answer. “Yeah. You?” “Always. Makes things go much more smoothly.” That and the lube I brought. Two tubes. After all, he wouldn’t want to run out.

2 thoughts on “#newrelease Playing to Score by Lisabet Sarai” 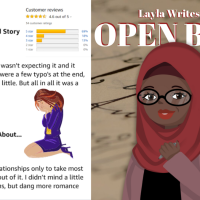