I love writing a variety of steamy scenes, where readers can connect with the arousing and complicated sensual encounters of my characters. Out of the range of hotness, the moment of a couple’s first kiss offers some serious titillation.

In the suspense romance, Building on Broken Dreams, Adam and Maryam refrain from touching each other until after they are married. By the time their wedding ceremony is over, each of them are pretty ready to get busy. In the excerpt below, we see them heated and poised to finally have their first kiss.

Maryam slipped out to the empty balcony, reveling in the open air. She closed her eyes and breathed in the crisp late fall breeze wafting over her, holding the rail tighter. Was it all real? It all seemed like a dream, a fairy tale she never thought would come true for her. She fiddled the ring. She was officially Mrs. Adam Kane.

“As-salam alaykum.” Her heart soared. She turned to see her husband joining her. His bright smile faded a little, and he pulled off his suit jacket. “Hey, you’re shivering.” He draped it across her shoulders, pulling her closer. “Why are you out here?” He wrapped his arms around her, and a flurry of excitement welled in her.

“I needed some air. I didn’t expect so many people.” She enclosed his waist with her arms, pressing her palms against his back. He tightened his embrace and took a deep breath. Muscles rippled under the white fabric at her touch. A tingling sensation radiated through her. Finally. Being so close to him was wonderful. She’d waited too long for it. “You know?” She slanted her head up. “This is the first time we’ve touched like this.”

“I know.” He swept his nose against hers and slid his hands down to the small of her back. “It’s nice. All I wanted to do for weeks was to hold my Mary. Now I finally get to.” He pecked her cheek and put his forehead to hers. The citrus and musky smell of his oil fogged her mind. His body heat heated her torso.

“Is that the reason you convinced me to marry you earlier than planned? To hold me?”

“Yes, but more. I was sure I wanted you as my wife. So why wait?” He pulled her hips against his. “I think you have your match. You’re mine.”

She struggled to balance, leaning against him. Adam had a way of saying things that made her weak in the knees. She smoothed the fabric on his chest, brushed her cheek against his, the tickle of his beard further disarming her. “It’s true.” She whispered into his ear. “How about you kiss your match for the first time?”

He leaned back and captured her gaze with his passion-soaked eyes. “Mary.” Mist from his panting breath disappeared into the golden setting sunlight. He cradled her head between his hands and brought their lips to where they almost touched.

Her chattering teeth fed the quivering in her lips, eager to feel his. Her chest tightened with anticipation. She wanted to taste him so badly.

Ready for more? You know what to do. Do some clicking!

Trapped in an abusive relationship with the manipulative and cruel Raad, she can feel her life closing in around her. After he chases her from her home and family, Maryam flees to Philadelphia, where she meets the mysterious Adam.

He is everything she wants, but can she trust another man. Doubt gives way to desire They find themselves in a whirlwind romance, and for once, it seems like everything will work out.

Until Raad turns up. 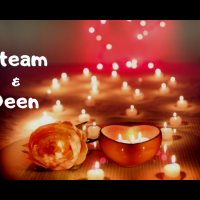 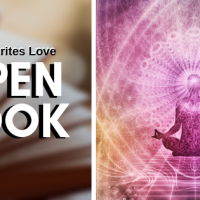