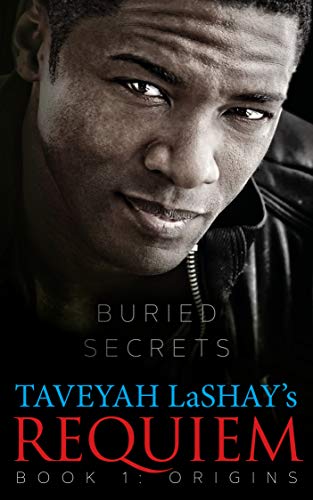 The world can be a cruel place, full of people out only for themselves. In Requiem, Taveyah LaShay treats readers to a cast of callous characters focused on keeping secrets and getting their ways, which sends them crashing into each other.

At the center of the story is Paul, a rich albino Black man passing for White. He is selfish and manipulative, keeping his wife Sandra and mistress/secretary Madisin on their toes. When he is faced with losing one of them and a medical crisis, he begins to make some irrational decisions that endanger the people he loves.

Madison is tired of waiting for Paul to leave his wife. When she pushes him too far, he pushes back. She has to face some serious consequences for trying the wrong man.

Verdell was unfortunate enough to be born into a family full of heartless men, who leave him to the wolves. If he doesn’t let his fangs out, he will certainly get eaten alive.

Verdell’s cousin, Dhorian, is pretty much a pawn bumping around in the story’s plot.

The pacing between subplots impacted the suspense in Requiem. The few intense moments punctuating the overall plot kept me interested enough to want more fleshing out before the story moved on.

LaShay uses an omniscient voice to tell a layered tale of lust, betrayal, and death. Consequently, I was challenged to get vested in any character too deeply, but there was enough there for me to want to find out what happened with Paul and Verdell. I like the contrasts between these characters and what brought them to be the men wreaking havoc in the lives of those around them.

She provides some “oh snap” moments integrated into a load of information, which is not unusual in urban-centered fiction. LaShay serves urban fiction readers well by giving them a mix of diabolical characters and those made so by circumstances.

Readers looking for a quick suspense lock-down read during the current pandemic may enjoy Requiem’s complex and fast-paced plot and villainous characters.