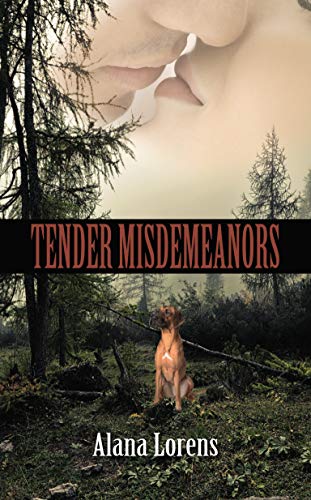 Available at
Amazon
Barnes and Noble

Caryn Orlane has law enforcement in her blood; her father was a cop, and his father, too. She’s a federal agent in northwest Montana, protecting the old forests and keeping the peace. Levi Bradshaw also believes in protecting the forests but has a very different MO. He’s the leader of a group of eco-warriors, determined to save the trees of the Bitterroot by legal—and illegal—means. When they meet in the woods at gunpoint, their encounter ignites a spark of interest, despite operating on opposite sides of the law. When their worlds turn on them, they only grow closer. If they don’t work together, can either survive?

“Caryn Orlane?”
A male voice, one that she didn’t recognize.
“Yes. Who’s this?”
“Your pagan friends are about to make a big mistake, out here by Hungry Horse Dam. The tribe won’t stand for it.”
“Who is this?” she demanded.
Levi watched her, his brow furrowed. “Cara?”
“Unless you want to see them die, you’d better come warn them to go home.” Before she could ask anything else, the caller hung up, leaving a silent line.
“What the…” She growled and hit recall, but couldn’t get a response.
“What is it?”
“Some man warning me that Earthenkrafte is about to be attacked out by the dam.” Nervous fingers tapped the front of her phone. “I don’t put anything past that Cynthia. She probably is treading on spiritual turf, but why would someone call me on this line?”
“It wasn’t one of your tribal connections?”
“No. One of the rangers would have identified themselves. I mean they’ve complained before, but they’ve always been real up front about it.”
“You should call that in to the police. Or Sam.” He pulled the car to a stop at a red light, still watching her, his face somber.
“Why? Because the police have done so much to help me? Hell, they’d probably be just as glad to have someone take all the pagans off their plate, not only Trescha!”
She stared at the blank screen of her phone. Why had she said that? She had no reason to think that the 1 cops were purposely botching the investigation. I’m just frustrated. And when I’m frustrated, the best thing I need is action.
“Turn here,” she said.
“We’re not going out there.”

“Turn here,” she said again. “Or let me out and I’ll go back and get my truck.” She eyed him, setting her 8 face to serious mode.
“Damn stubborn woman.” The light changed to green. He hesitated for a long moment, then turned down the eastern road, toward the dam.
They pulled into the parking lot, which was nearly full of cars. “Jeez, they must be calling the sun god home or something,” Levi said. He found a place to park near the path that led to the foot of the dam, and they both bailed out.
She took her gun from her purse and tucked it in her hoodie pocket. He paused to dig his out from under the front seat. “Just in case,” he said.
Doubt there will be any ‘in case’ about it.
She took off down the path, the breeze carrying some sort of music up from the river ahead. The path split into two, and she gestured that Levi should take the one on the left. “Be careful,” she said, pausing just long enough for a quick kiss for luck.
“I don’t think we should separate. Let’s both go this way, and we’ll come back up the other path.”

About to argue with him that she was perfectly capable of taking care of herself, she surrendered in the interest of time. “All right, whatever. Let’s just hurry.”
He winked and took off running down the path.
The crack of a gun going off just behind her deafened her for a moment, but she didn’t feel any pain. Startled, she went to turn around, but someone grabbed her from behind, and a cold, wet cloth reeking of chloroform was held to her face. She tried to fight off the person holding her, but he was thicker than she was, and muscular. Another gunshot went off behind her. If they weren’t shooting at her, who were they after?
Levi.

Alana Lorens has been a published writer for more than forty years. Currently a resident of Asheville, North Carolina, she loves her time in the smoky Blue Ridge mountains. One of her novellas, THAT GIRL’S THE ONE I LOVE, is set in the city of Asheville during the old Bele Chere festival. She lives with her daughter, who is the youngest of her seven children, two crotchety old cats, and five kittens of various ages.