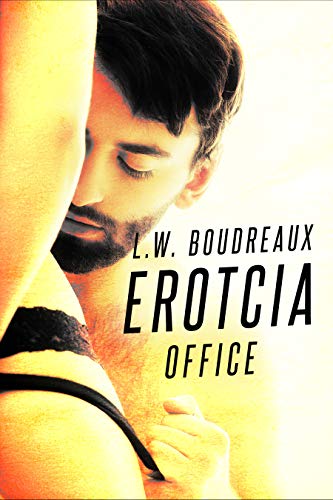 We all have those reading moments when we want to cut to the chase. In erotica, that often means reaching sex scenes as soon as possible. No fuss, no muss. Well, maybe a little muss. After all, if an author doesn’t heat things up fast, it is not erotica. In Erotica Office, L.W. Bordeaux sets up main characters Niki and Tyler so they get busy pretty fast. Not lighting speed because Niki had to first hating Tyler’s guts.

To Nikki, her handsome new boss comes off as a condescending jerk, rightfully so. It’s amazing that she gets … thrilled at all. He spent the initial few minutes of their conversation letting her know what he found wrong with her. Grown … behind women would peep his dump session for what it was, a playa move to make her self-conscious and easy to manipulate. They would call him out on his bull and send him on his merry way.

Nikki doesn’t behave like a grown woman or at least a confident one. She luxuriates in toxicity from Tyler to the “friendly” women around her further tearing her down. I wondered if there had been some kind of “mess with Nikki’s head” meeting. The book reinforces a dysfunctional Shades of Gray narrative that entitle rich and successful men to a pass on behaving civilly or treating the women they encounter like anything but commodities. In the world of erotica, it plays into a twisted submissive fantasy, supposedly in all detached fun.

For readers who can refrain from any pesky critical thinking about plot and character development, Erotica Office gives a fast path to the bedroom like a ‘Dear Playboy’ letter.

Check out my reviews on Reedsy Discovery