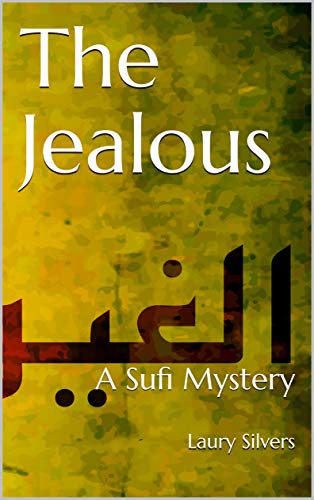 A woman’s howl of pain echoed through the courtyard. “She’s killed him!” Her husband’s face was twisted with terror, staring at something that was not there, looking at the space just over his chest, grasping at his left arm as if to wrest some unseen force away. Saliha gasped, “A jinn! God protect us from evil things!”

When a distinguished scholar dies at the Barmakid hospital in Baghdad, nearly everyone points the finger at his slave Mu’mina, as the one who called a demon to kill him. Tein, a former frontier fighter turned investigator with the Grave Crimes Section, has no time for religion, let alone jinn, and sets out to prove her innocent. But Ammar, Tein’s superior and old wartime friend, has already pushed her case before the Police Chief’s court where she’s sure to be executed or condemned to rot in the prisons built into the damp walls of Baghdad’s Round City.
With the help of his twin sister, Zaytuna, his childhood friend, Mustafa, and Zaytuna’s friend, the untamable Saliha, Tein plunges into a dangerous investigation that takes them into the world of talisman-makers and seers, houses of prostitution and gambling, and the fractious secular and religious court systems, all in an effort to turn back the tragic circumstances set in motion by Ammar’s destructive fear of a girl horribly wronged.

“Completely engrossing and richly atmospheric. Tenth century Baghdad comes alive through the eyes of a dazzling cast of characters.” —Ausma Zehanat Khan, critically acclaimed author of A Deadly Divide from The Getty-Khattak Mysteries, and The Khorasan Archives