I don’t like to delete or throw away anything while I’m writing a story. So this week’s blog hop prompt is great for me. Not every idea, character, scene or chapter fits into the final draft of a book. Plots and characterizations tend to change through the developmental stages of a story.

A tertiary character may bum-rush their way into secondary or even main character status. That’s what happened with Raad Khouri, the main antagonist of Building on Broken Dreams, the third novel in the Brothers in Law series.  Quinn Ang, one of the six friends making up the series was originally an antagonist then things changed for him. The character demanded a shift. Consequently, I needed to add and shift some content and remove others. It’s all part of building narratives.

There are also times when a writer drafts a great scene but it no longer jibes with the book’s plot or execution. It took work to create the content, which may serve to feed the plot of another story, making keeping it a good idea.  I wrote a short chapter in my latest new novel, Sweet Love–Bitter Fruit. The chapter includes a conversation between Simon Young and his mother, Alice. Simon is married to main character Marcus Kent’s sister Regina. Readers fell in love with Simon and Regina in book one. Simon is away on business and worried about Regina, who is pregnant, suffering from anxiety, and caring for a toddler by herself.

I wrote the chapter to drive home some of the pressure on Marcus. He is a very protective big brother, and the thought that Regina is going through some stuff will only make things tenser for him. The problem. My editor challenged me including so much of a secondary character’s voice in a novel. Only a book’s main protagonist(s) and antagonist(s) deserve that much page space. I went against that standard in my first novel and may in others, but in this instance, she was right. I found a better way to convey the increased stress Marcus experiences because of baby sis that pushed the plot forward more efficiently.

So, the “Seoul Calling” chapter joined other chapters and scenes in the “Extras” folder. I’m happy to have a chance to share it with readers. 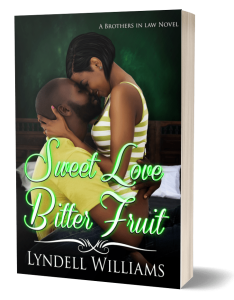 Simon trudged into the apartment and dropped his backpack on the side chair. Stretching, he let out a yawn and used the dim light filtering through the window to make his way to the bedroom. His mother stepped out of the door of the one across from his. “Oh. Hi, Ma. I didn’t mean to wake you.”

“It’s fine. I was up.” Alice tugged her robe sash and walked towards the kitchen. He followed her. “I’m still on New York time. It’s strange. This never happened in my last visits.” She held the coffee pot under the sink faucet. “I can’t imagine why.”

He sat at one of the two chairs flanking the small round table in the middle of the tiled floor demarking the kitchen space. “I think I know—Gina.” He pulled his phone from his pocket and gazed at her picture before pressing the speed dial. “I’m worried about her too.” His mother did everything with full-hearted efficiency, including love someone. The relationship between Regina and her started off rocky, but it wasn’t long before she started calling her daughter and treating her accordingly. So, an upset Regina meant Ma was too.

Alice put the pot in the maker and faced him. “How is she?”

“I didn’t get a chance to talk to her today. I’m calling now.” He frowned at the sound of Regina’s voicemail. “That’s strange, she isn’t picking up.”

“Maybe she’s not awake yet.”

He glanced at the screen. “It’s 11 am in New York. Justine is definitely up and busy by now.”

Alice giggled and turned back to the machine. “That’s true. Try again in a few minutes. Coffee?”

“No, thanks.” His stomach churned as he waited. The late-night call from Marcus about Jeremy Stacks nagged him all day. He couldn’t protect his wife and baby all the way from Korea if the sociopath got out and started roaming the streets. All indications were clear that Stacks would go straight for Regina. The people subletting her Harlem apartment only stopped getting letters from the prison six months ago. He needed to be in New York. He dialed again.

“Hi, Simon,” Regina answered in the pitch-perfect tone she used to hide how bad she felt. Justine’s crying filtered through from the background.

He looked at his mother, shaking his head before heading into the living room. “Hey, Babe. I called earlier. Is everything okay?”

“Umm, everything is great. All right Justine. Do you want some apple sauce?” Justine’s wail got louder.

Regina sniffed and sighed. “Yeah. She’s was up most of the night.” A tremble crept into her voice and straight into his heart. She sounded that way whenever she was anxious and needed him. There was a loud clattering. Regina groaned. “Oh, come on, Justine.”

“Let me talk to her.” He managed to calm Justine, his arms aching to hold both of them. “Why don’t you get in the bed with her and talk to me? No hiding anything.” He lay across the sofa. His eyelids drooped as the tension lessened in Regina’s voice. Being a sounding board helped but wasn’t enough. There had to be a way to make things easier for her.

“Then there’s Marc being all stubborn with Toni.” Her words drawled into his ear.

“Yeah. You should go to sleep. It’s almost midnight over there, right?”

“Sure, you are. Don’t worry, I’m feeling better, and Justine is falling asleep. I think I’ll join her. Love you.”

“You better. Bye.” He hung up and lifted his heavy carcass from the couch, massaging the tension at the base of his neck that didn’t want to go away and probably wouldn’t until he was with his wife and daughter. Doubling his workload helped to shorten the timeline for him to be able to get back to New York, but that still was weeks away.

He trudged back to the table. The aroma of eggs made his stomach growl, reminding him that he’d skipped lunch to squeeze in another round of contract negotiations. His mother slipped an omelet onto a plate “Just in time. Here you go,” she chimed before gliding to the sink. “How’s Gina?”

He flopped on the seat and cut off a piece of the veggie-packed omelet. “Thanks, Ma. Not good. She tried to hide it from me, but I can tell when her anxiety is surfacing. She’s not sleeping, which probably means she’s not eating much. Justine is cranky too.”

“That’s terrible. Hold on a second.” She left the kitchen. He took another bite of food before picking up his phone and opening the messaging app.

Simon: Hey. I spoke to Gina. Can you and Toni go see her soon?

Marcus: We’re seeing her this weekend.

“Okay,” Alice said, tapping her phone screen as she walked back into the kitchen and sat across from him, “The next available flight to JFK is tomorrow night. I’m going to change my ticket.”

“You don’t have to do that, Ma. Marc is checking on Gina this weekend. I know you’re having a good time seeing the family.”

She furrowed her brows and continued to tap. “Gina and Justine are my family. Do you really expect me to sit around socializing when they need me?”

He bent over the table and kissed her forehead. She was always so amazing. “No, I don’t. Thanks.”

She tilted her chin up, smiling. “Yeah, just get ready to pay a big flight change fee.”

He laughed, sitting and stabbing the fork into a chunk of eggs. “Okay. Wait how much?”

She gave him a side-eye before returning to tapping on her phone screen. “How much is it worth to get me back to New York?”

She pressed the phone to her ear and mussed his hair. “I’ve taught you well, Son. Hello, I would like to reschedule my flight. First-class, please.”

Get a copy of Sweet Love–Bitter Fruit to find out what happens. 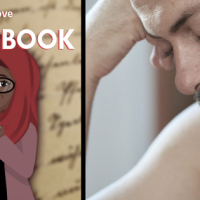