The Brothers in Law romance series is about 6 diverse men who meet in law school and become lifetime friends. Their camaraderie plays a role in each quest for one of them to find and hold onto love.

In the first book, My Way to You, Simon Young falls for his best friend Marcus’s younger sister. Will he have to choose between them?

Enjoy an excerpt from the shorts story Brothers in Law that introduces all six of them and shows how they met.

Marcus released a satisfied sigh, tapped his belly and stepped into the evening Boston air with his three companions. It was a very productive meal—things were going just as planned. “Right, how about we meet again at the end of the week and see what progress Adam made with fundraising?”

“Don’t worry, Marc. I’ll get my mother on it.” Adam zipped his jacket and hung his elbow from Simon’s shoulder. “There’s nothing Vivian Kane likes more than a chance to dress up with her rich friends and throw money at a cause. It helps her feel like she’s making a difference.”

“Just make sure they’re doin’ a bunch of throwin’.” Simon set his lips in a thin line while tapping at his phone. “This can help a lot of people.” He was obviously still wary of Adam’s ability to come through—not without cause. Adam Kane was very privileged, which meant he didn’t really vest a lot of time or energy in anything—not even his studies. Everything just came too easily.

Marcus opened his mouth but closed it and turned to the faint sounds of grunting and scuffling. “What the—” He peered at the far end of the parking lot. A group of men surrounded another wearing a black leather jacket, jeans and sneakers. Their angry porcelain faces glowed from the light of the street lamp above them. They circled their prey like a pack of buzzards. Clearly, this was no quaint little get-together. They meant to do some damage. Marcus glanced at Simon; the pair stormed towards the scene.
“Why don’t you go back where you came from, terrorist?” A White guy shoved the light brown man from behind towards one of his fellow thugs.

Simon scoffed. “You’ve gotta be kiddin’ me. Do they ever get tired of this?”

It was yet another pack of drunken White college students, who had decided to have a little “fun” by jumping a Person of Color unlucky enough to cross their path. It happened more frequently than a lot of people thought. They always chose a victim who didn’t appear to be much of a threat and easy to push around. Unfortunately for the crew of 10 knuckleheads that Marcus counted, they chose the wrong guy to mess with that night.

The tall man ducked a punch from the oversized jackass in a red baseball cap. The “victim” then delivered one squarely on the jaw of his attacker. The cap fell off the buffoon’s head as he hit the pavement.

Marcus raised his eyebrows. Impressive. He pulled at his zipper. Definitely not a soft target, but the numbers are still against him. He dropped his jacket and tugged up the sleeves of his cardigan. “Yo,” the collegiate riff-raff simultaneously turned to him, “leave the guy alone.”

A lanky blond stalked towards him with a scowl on his whiskerless face. “Who’s gonna stop us, coon?” 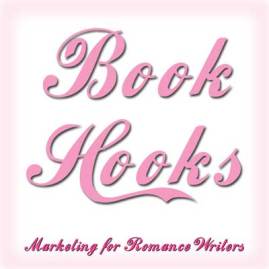 6 thoughts on “#MFRWHooks – Meet The Brothers in Law” 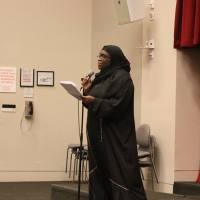